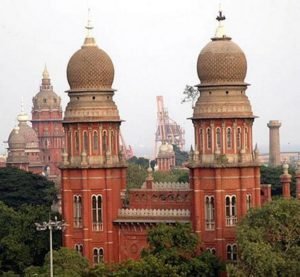 The Madras High Court on Thursday recorded the submission of the Idol Wing CID that it required three more weeks to reply to anticipatory bail applications filed by industrialist Venu Srinivasan, sculptor Muthiah Stapathi and others in the Mylapore peacock idol missing case and undertook not to arrest them till then.

A Division Bench of Justices R. Mahadevan and P.D. Audikesavalu recorded the submission made by a government advocate and adjourned further hearing on the advance bail applications by three weeks.

The judges were told that the police officials had obtained certain statements from the ‘archakas’ (priests) of the temple.

Those statements had to be corroborated with documents from the Hindu Religious and Charitable Endowments Department and it was taking time to obtain them, the government advocate said.

Later, they adjourned by two weeks another petition seeking registration of a case with respect to alleged missing of artefacts from the Sri Ranganthaswamy temple in Srirangam.