The Tiruchi International Airport will have a new two-level modular integrated passenger terminal by September 2021. 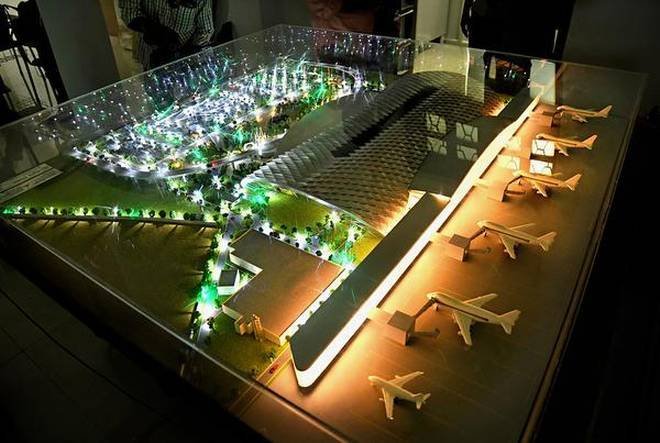 With the Airports Authority of India (AAI) having already issued letter of intent to the executing agency — ITD Cementation India Ltd — to carry out the mega project, the civil works will begin in a month, Sanjeev Jindal, AAI, General Manager-Engineering and Corporate Social Responsibility, New Delhi, said here on Sunday.

The proposed terminal will be come up parallel to the runway for smooth and efficient aircraft movement.

The new proposed terminal will be unique and the first-of-its-kind in the country in many ways, Mr. Jindal said unveiling the model of the swanky structure at Tiruchi airport. The iconic and cost-effective design of the new building has been conceived taking into account the rich heritage and culture of Tiruchi city and designed as per the GRIHA 4-Star rating, Mr. Jindal told reporters here.

The new terminal will come up on the AAI-owned site adjoining the existing passenger terminal building on a sprawling 61,634 sq mt. It will be in a position to handle 3.63 million passengers per annum on full capacity and 2,900 passengers at peak hour.

The design of the new building done by Egis India Consulting Engineers Private Limited was reviewed by the top brass of the Ministry of Civil Aviation.

“The new passenger terminal will functionally and technically be a wonderful building. It will be the best artistic airport in the country”, the senior AAI official said.

The new building will use all forms of non-conventional sources of energy with automation features inside. Being a fully-air-conditioned modular structure, enough scope has been given for future expansion without much dismantling, said Mr. Jindal, adding that the design has been made flexible in this regard.

The terminal roof, flooring patterns, column cladding, feature walls and signages have all been inspired by local art, culture and traditions.

The new building will have five-level in-line baggage screening system. All arrival baggage carousels will be inclined to serve better during peak hours.

The most advanced system for Hold Baggage and Hand Baggage screening has been considered to improve the terminal capacity and efficiency. The new building will be compatible to the physically challenged, children and women, and it will have 100% LED lighting system inside and outside.

The terminal building will come up at a cost of ₹872 crore and construction will start in a month, Mr. Jindal said.

The entire works will be monitored by a team of engineers and specialists from Egis India Ltd and an AAI team.

Vikas Chopra, Chief Operating Officer, Egis, said a team of engineers and architects had worked hard on the design the new terminal building to make it a iconic structure.

Tiruchi Airport Director K. Gunasekaran said the terminal building would be a prominent landmark in Tiruchi and have a huge impact on its economy.