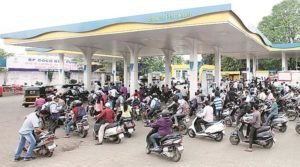 Oil prices have reached four-year peaks as the market focused on the upcoming US sanctions on Iran while shrugging off the year’s largest weekly build in US crude stockpiles. Brent eased 18 cents to $86.11 a barrel on Thursday, while US crude fell 16 cents to $76.25, news agency Reuters reported.