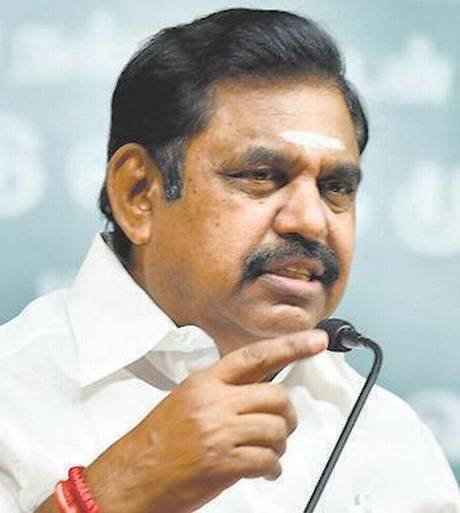 Palaniswami rejects DMK leader’s claim that his fortnight-long tour of U.K., U.S. and Dubai is for personal gain

Before leaving on a fortnight-long trip to the U.K., U.S. and Dubai on Wednesday, Chief Minister Edappadi K. Palaniswami shot back at DMK president M.K. Stalin over the Opposition leader’s criticism of his foreign trip, and questioned why the DMK leader hadn’t yet explained his frequent personal foreign trips.

Responding to Mr. Stalin’s claim that the CM’s foreign trip was for personal gain, Mr. Palaniswami said: “It is not true. I’m not an industrialist but a humble farmer. We are going abroad for this country’s development, to create job opportunities for youngsters, to boost the economy. That is our motive.”

During the Global Investors’ Meet held in Chennai in January, many investors had urged him to visit foreign countries to invite other industrialists, Mr. Palaniswami said. “On their request, I’m undertaking this visit. This visit is organised only to bring more investments into Tamil Nadu.” To a query on the quantum of investments expected through his trip, Mr. Palaniswami said the details would be made known to the media upon his return from the trip.

Asked about the status of various Memoranda of Understanding (MoUs), the Chief Minister said: “Governments cannot set up industries right after signing the MoUs. There are procedures. Industries could be set up only after following the procedures.”

A total of 304 MoUs were signed during this year’s Global Investors’ Meet, and they would be implemented in various phases, he said. “Investors would come here only if we invite them. So, I’m making this trip,” he added. “We are providing uninterrupted power supply. Law and order is being maintained. There are educated youth [here]. We have 1,074-km-long coastal roads. There are many ports and airports. Tamil Nadu has all the features necessary to set up an industry. So, investors are showing interest. Our intention is to capitalise on these features and bring investments,” he said.

In a statement, Mr. Stalin questioned the CM’s need for going abroad to attract investment just seven months after the second Global Investors Meet, where the government claimed it had attracted more than ₹3 lakh crore worth of investments into the State.

“The proposed investments have just vanished into thin air. Only the expenses to trumpet the conduct of the GIM is now there,” Mr. Stalin said. He said that during the DMK regime in the State, the government was able to get investments without holding any Investors Meet or going abroad to woo businesses.

“From Ambattur to Kancheepuram, Vandalur to Chengalpattu — wherever one went, there were new industries. It was due to the able governance of the DMK,” Mr. Stalin said.

Responding to the Chief Minister’s allegation that he was often going abroad, Mr. Stalin said that when he was the Deputy Chief Minister of the State, he had gone abroad on an official visit and was able to get funding for the Hogenakkal Combined Water Supply Scheme and the Metro Rail.

Alleging that the Ministers were involved in corruption, demanding commission from those wanting to set up business here, and were part of a non-functional administration, Mr. Stalin said Tamil Nadu was going backwards and becoming a big failure.

“Instead of answering the legitimate questions of the Opposition, Mr. Palaniswami is trying to find fault with us. I condemn this,” he said.