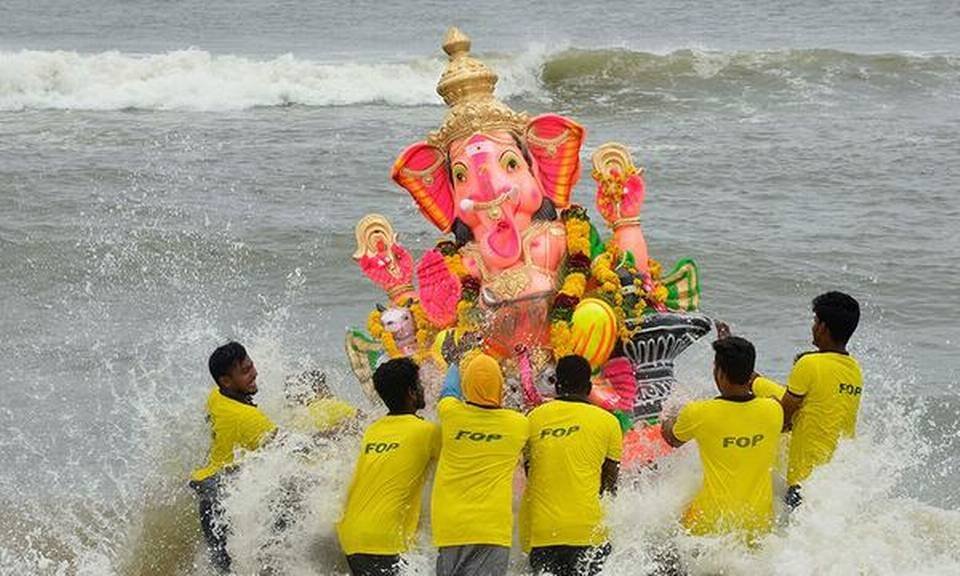 With the curtains down on the Chaturthi celebrations, Vinayaka idols of different sizes were immersed at designated locations across the district on Wednesday.

As many as 1,250 idols were immersed at the Silver Beach and other designated locations at Parangipettai and Kattumannarkovil in the district.

Amidst tight police security, the idols installed by different outfits including the Hindu Munnani were taken on a procession and immersed in the Silver Beach from around 11 a.m. to 7 p.m.

A police officer said that a team of 100 persons including fire and rescue services personnel, police personnel, Home Guards, members of the Friends of Police who knew swimming were deployed at the immersion areas to avoid devotees from drowning. Life jackets and inflatable boats were also kept ready to attend to emergencies.