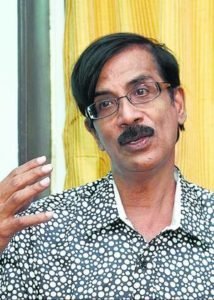 The Madras High Court on Thursday referred a remuneration dispute between actor Arvind Swami and Manobala, producer of the movie Sathuranga Vettai 2, for mediation.

The court directed both to appear before the Tamil Nadu Mediation and Conciliation Centre functioning in the High Court buildings on October 12.

Justice M. Sundar passed the order after the producer filed an affidavit stating that he wanted the dispute to be resolved through mediation. Mr. Manobala also gave an unconditional undertaking to the court that he would not release the movie in any language, including Tamil, Hindi and Telugu, without obtaining the leave of the court.

A submission was made in the affidavit that he was willing to pay ₹25 lakh to Mr. Swami by October 10 to exhibit his bona fide intention to settle the arrears. After recording the submissions made by the film’s producer, the judge directed him and the actor to make an attempt for settlement through mediation. The producer also stated that the actor was actually demanding ₹1.25 crore towards arrears of remuneration apart from taxes.

However, in his civil suit, Mr. Swami, starring in the lead role in the movie along with Trisha, claimed that the producer owed him ₹1.79 crore along with interest at the rate of 18% a year. He filed an application to restrain Manobala, who was a popular film director as well as comedian, from releasing the movie until the balance remuneration was settled.