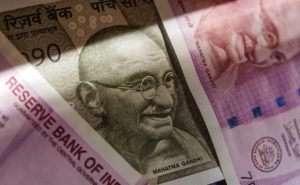 Prime Minister Narendra Modi’s government is considering tapping Indians living overseas to lure foreign exchange flows and prop up a sagging rupee, according to people with knowledge of the matter.

Officials from the finance ministry and the central bank are discussing a plan to raise money from non-resident Indians, the people said asking not to be named as the information is not public. An announcement regarding the method may come as early as this month, they said, without providing further details.

India is seeking to boost flows to support its currency that has declined more than 14 per cent against the dollar this year, Asia’s worst performer. The risk of a widening current-account deficit left the rupee vulnerable to the rout in emerging markets amid surging oil prices, trade tensions and rising US interest rates. The rupee fell 0.4 percent Tuesday to a record low of 74.3950 per dollar.

Finance ministry spokesman D.S. Malik didn’t answer two calls to his phone and a spokesman for RBI didn’t respond to an email.

In the past too, the government has resorted to bond sales and dollar deposits to overseas Indians to attract foreign funds and ward off pressure on the rupee. RBI had put in place a so-called foreign currency non-resident bank deposits plan in 2013 to support the rupee during taper tantrum.

Overseas investors have pulled a net $11 billion from Indian stocks and bonds this year amid an emerging-market sell off, adding to worries that India will struggle to bridge its ballooning current-account deficit. The government has raised import tariffs while the central bank allowed companies to raise more money abroad and eased norms for foreign investment in local bonds though those efforts haven’t stopped the rupee’s slide.

Surging oil prices mean that India’s current-account deficit is estimated to widen to $75 billion in the fiscal year to March, or 2.8 percent of gross domestic product, according to Bank of America Merrill Lynch. That would be the highest since fiscal 2013.